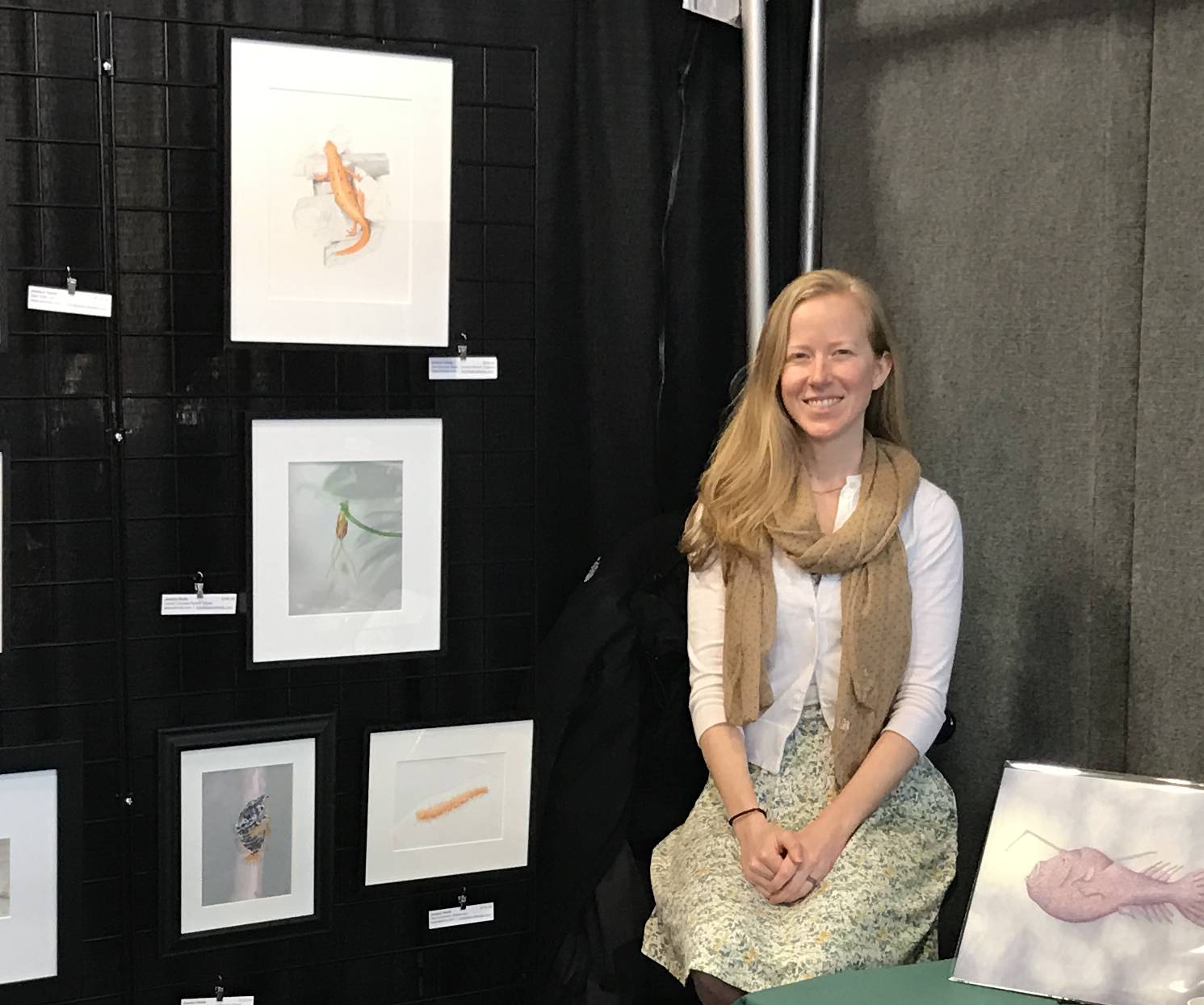 I grew up enjoying the outdoors, from playing in the woods behind my house, to combing the beaches of Whidbey Island with my Grandparents. I was always fascinated by the natural world around me.

This early love for nature led me to study biology at the University of Washington where I earned a Bachelors of Science Degree and later on a certification in Natural Science Illustration. The link between art and science was a natural fit for me and I have found joy in creating work which is both beautiful and educational.

While I find inspiration for my art from a variety of flora and fauna, my greatest source can be found in marine life. I am intrigued by the bizarre shapes and intriguing adaptations which can be found around every corner.

Our planet is a place of beauty and wonder. I hope that through my art I will be able to inspire others to take a moment to see the world around them and work to protect it, or at least, appreciate it.

As I mentioned in my bio, I am fascinated by the bizarre beauty found in our oceans. So it would only make sense that I would model my logo after mysterious underwater crop circles. When divers first stumbled upon these sand formations off Amami-Oshima Island, Japan, it was a mystery as to how they formed. Many years later we now know the culprit.

In late 2013 we were introduced to our sculptor, a small species of pufferfish and in 2014, the newly found spices was described. Torquigener albomaculosus or the white-spotted pufferfish has a very unique mode of reproduction. The male of the species creates these sand formations which are approximately 2 meters diameter and take around 7-9 days to construct. The design helps to accumulate fine sand particles in the center, which is used as a nest for the eggs.

Females choose their mate based off of these sand formations. It is unknown the specific criteria used by the females to make this decision, but I choose to believe it is based off of both function and beauty.

I chose to create my logo around this pattern because it represents a number of things about me. Not only is it a wonderful example of the beauty found in nature, but it also mirrors my work. Scientific illustration is all about details and is often a (very) slow, meticulous process. The time and energy put into each piece, however, is usually worth it and in the end I hope that it serves a function beyond it’s pleasing aesthetic.

I do also want to give credit where credit is due. A wonderful friend of mine and talented graphic designer Nathan Briggemin helped take my initial drawing and turn it into the digital rendering I now use. It was the first version he did before he passed away, but I think it’s simply amazing and I’m honored to have it as my logo.